At this year’s CAFKA Art Exhibition, Everything Not Saved Will Be Lost, Professors Marcel O’Gorman (CML Director) and Jennifer Clary-Lemon (CML Faculty Collaborator) present Hirondelusia: A Creative Turn Towards Species at Risk.

Hirondelusia is a barn swallow habitat modified from designs approved by the Ontario Ministry of Natural Resources and Forestry to mitigate habitat loss. Using a critical design approach, it explores what happens when humans and non-humans encounter structures approved for species at risk.

Through a ​collaborative, combined academic and creative approach, Hirondelusia seeks HOW and WHY specific species at risk recovery strategies are designed and built, and WHAT seeing structures like this tell humans about threatened species like the barn swallow​ (Hirundo rustica).

Hirondelusia will be displayed at CAFKA during June 2021, and later be permanently installed at rare Charitable reserve, where the artists hope that the swallows will also be persuaded to engage with Hirondelusia on their spring migrations to Ontario.

The pieces below were submitted as final projects for Dr. Marcel O’Gorman’s ENGL701 Critical Design Methods Fall 2020 class. Despite the challenges imposed by the COVID-19 pandemic, students used a variety of media and materials to engage with the question “What is critical design?” The range of projects, some of which are presented here with their designers’ statements, drew from critical theory and a variety of research-creation practices such as speculative design, critical making, discursive design, and applied media theory to critically engage with the socio-cultural implications of technology. The results, some speculative, others provocative, offer critical and sometimes playful interventions into contemporary technoculture. 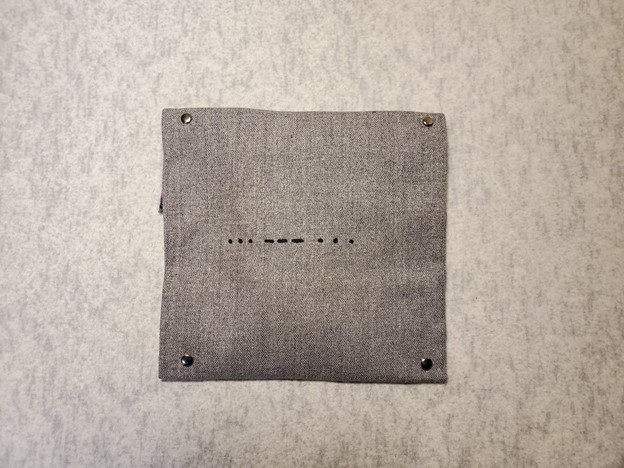 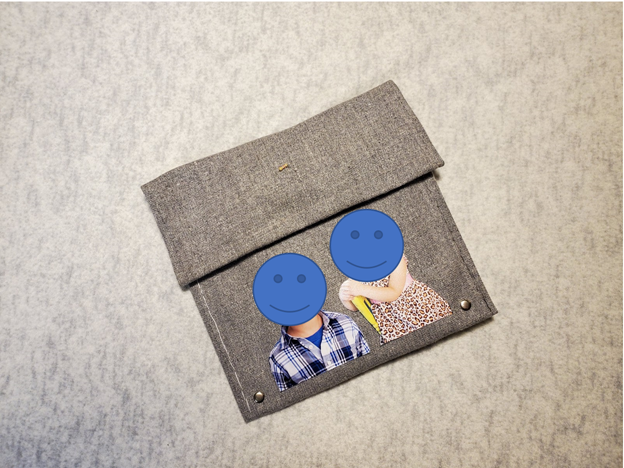 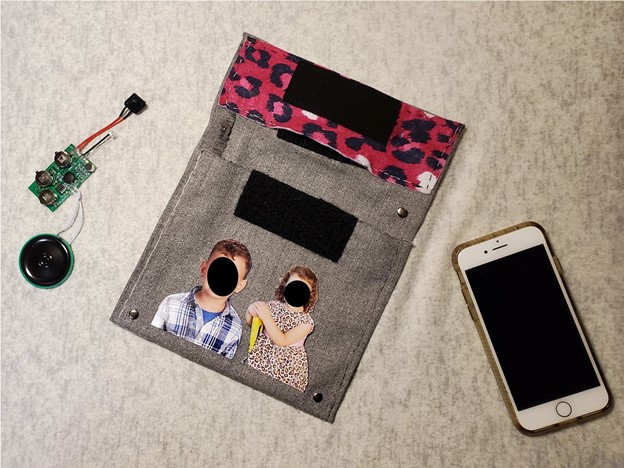 SOS – The resistor case is an interpretation of the resistor case workshop from Marcel O’Gorman’s book Making Media Theory. Using a resistor case kit, with some adjustments and additions, my interpretation of this critical design artifact is a thought experiment about digital abstinence and making media theory. Somewhere between passive usage reports on our digital devices and more stringent lock boxes and cases (like the K-Safe orYondr pouch), the SOS uses sounds and images to encourage thought about the conversations and human interactions we may be missing, or at least limiting, when using our digital devices. 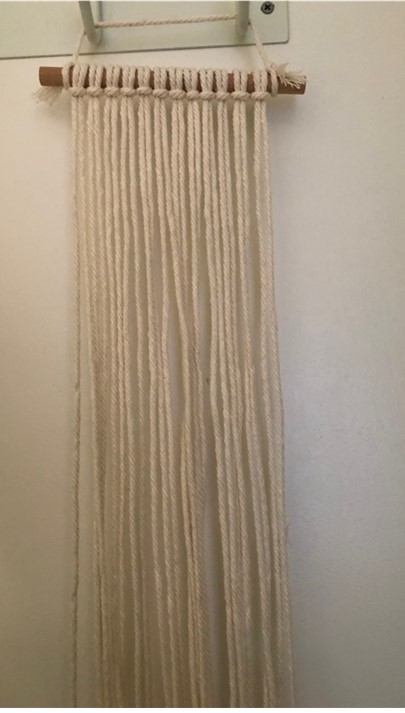 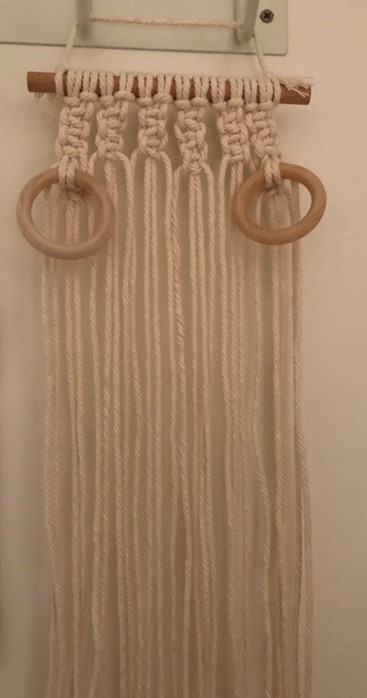 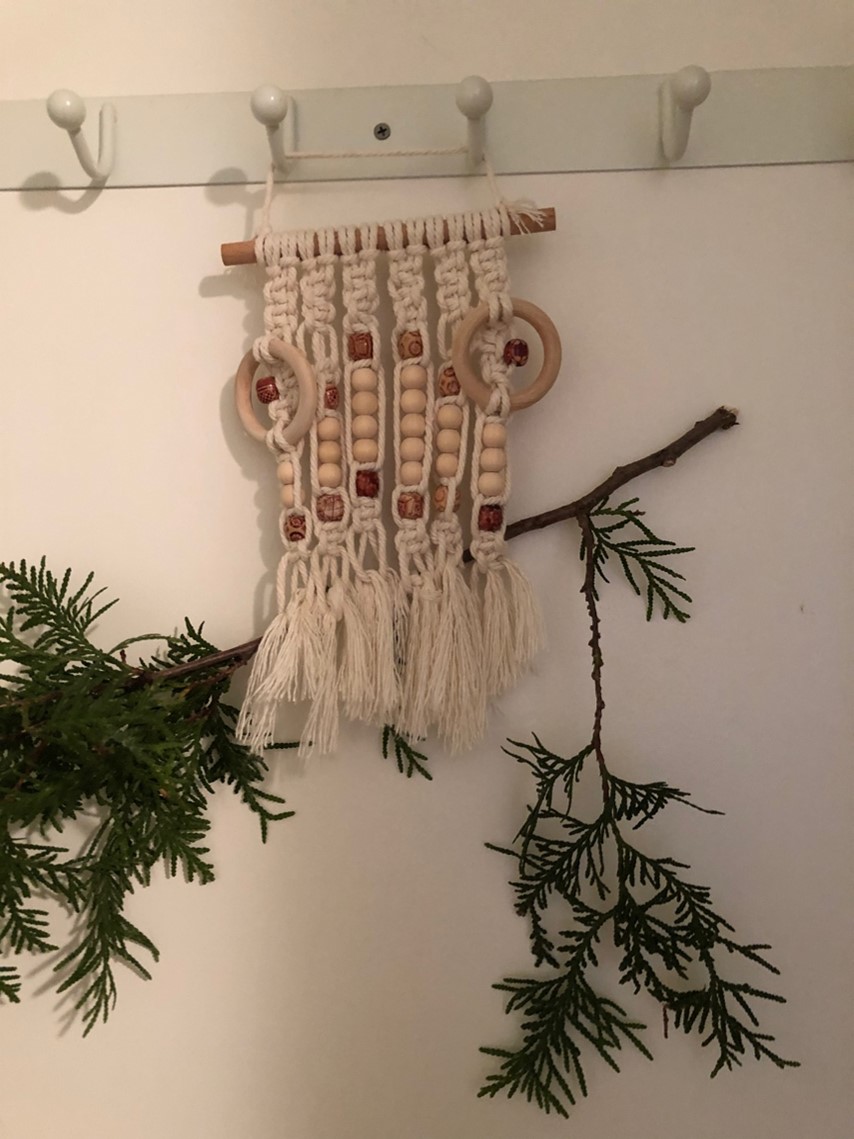 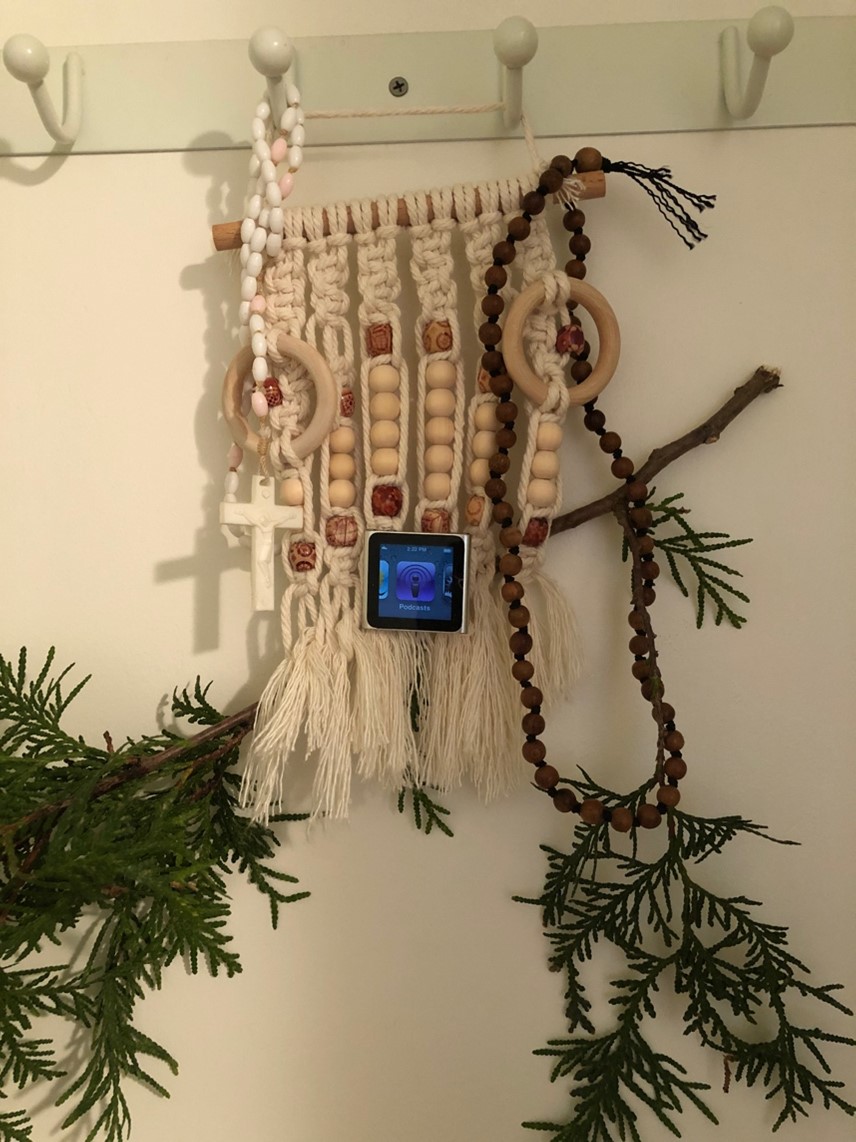 Inspired by digital ritual and devotion, PhD student Carolyn Eckert’s KnotSoMuch is an object-to-think-with that examines our digital device devotion, in reference to mindfulness and the idea of wasted time. When she discovered that over a six-day period of time she had spent twenty-five hours scrolling aimlessly through social media, texts and emails on a mobile phone, she knew that something had to change.

The Macrame KnotSoMuch project is a visual representation and a reminder that time and attention are precious and not simply for the commoditization of our digital distractions. KnotSoMuch offers alternatives, such as prayer beads, the Rosary and an iPod with recorded music, meditations and prayers with the intention to digitally disconnect in order to connect with the self. For Jenny Odell this is a form of creative “nothing” that acts as a “political resistance to the attention economy” that allows time for solitude, observation and enjoyment of life as it unfolds, but without the capitalist commoditization (Odell 12).

A visual representation of alternatives to digital device devotion that offers creative mindfulness and rejuvenation of the self. This piece also highlights craft-making as an alternative to technological productivity and as a way to manage or find balance from the distractions of our devices. 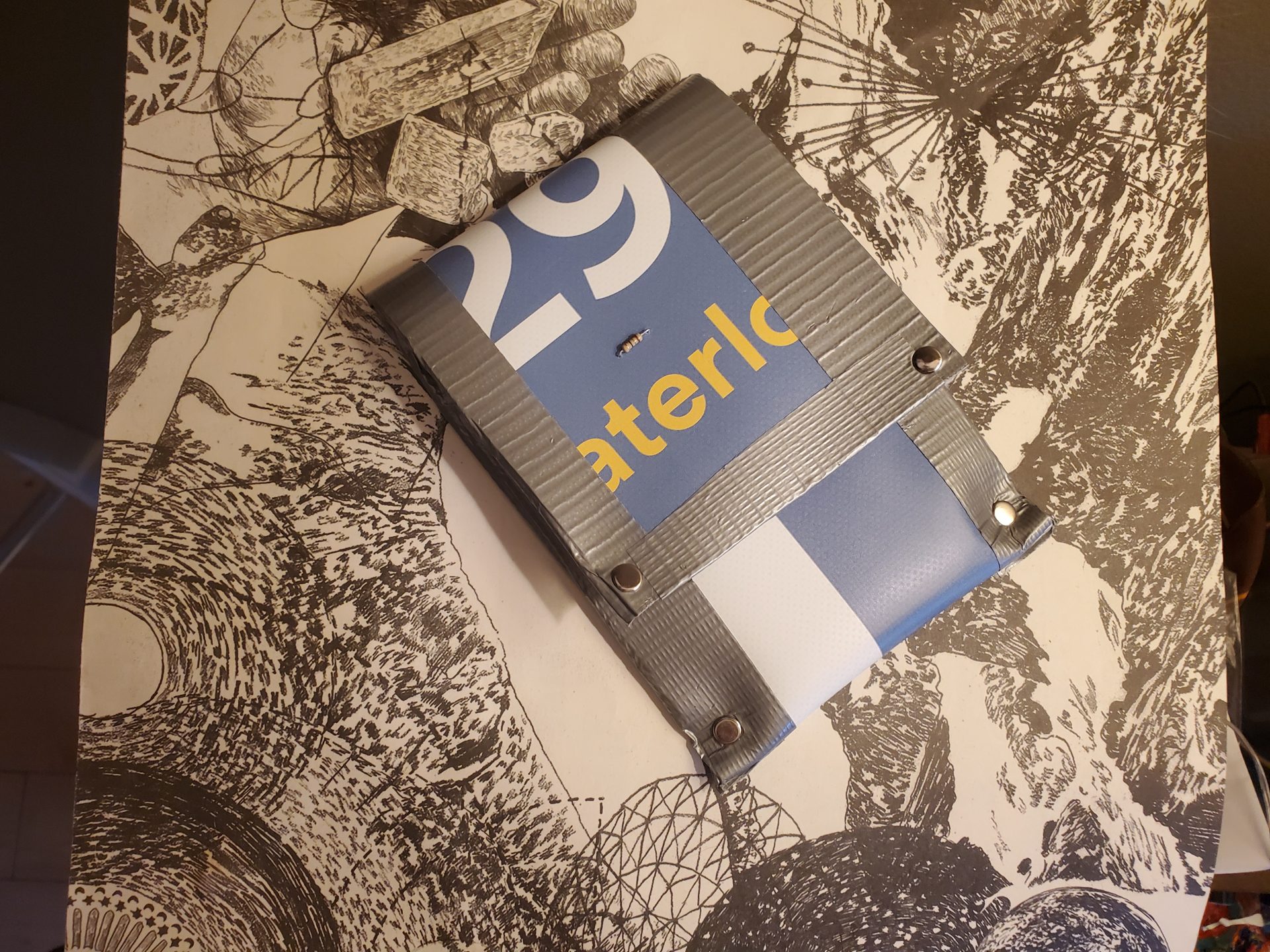 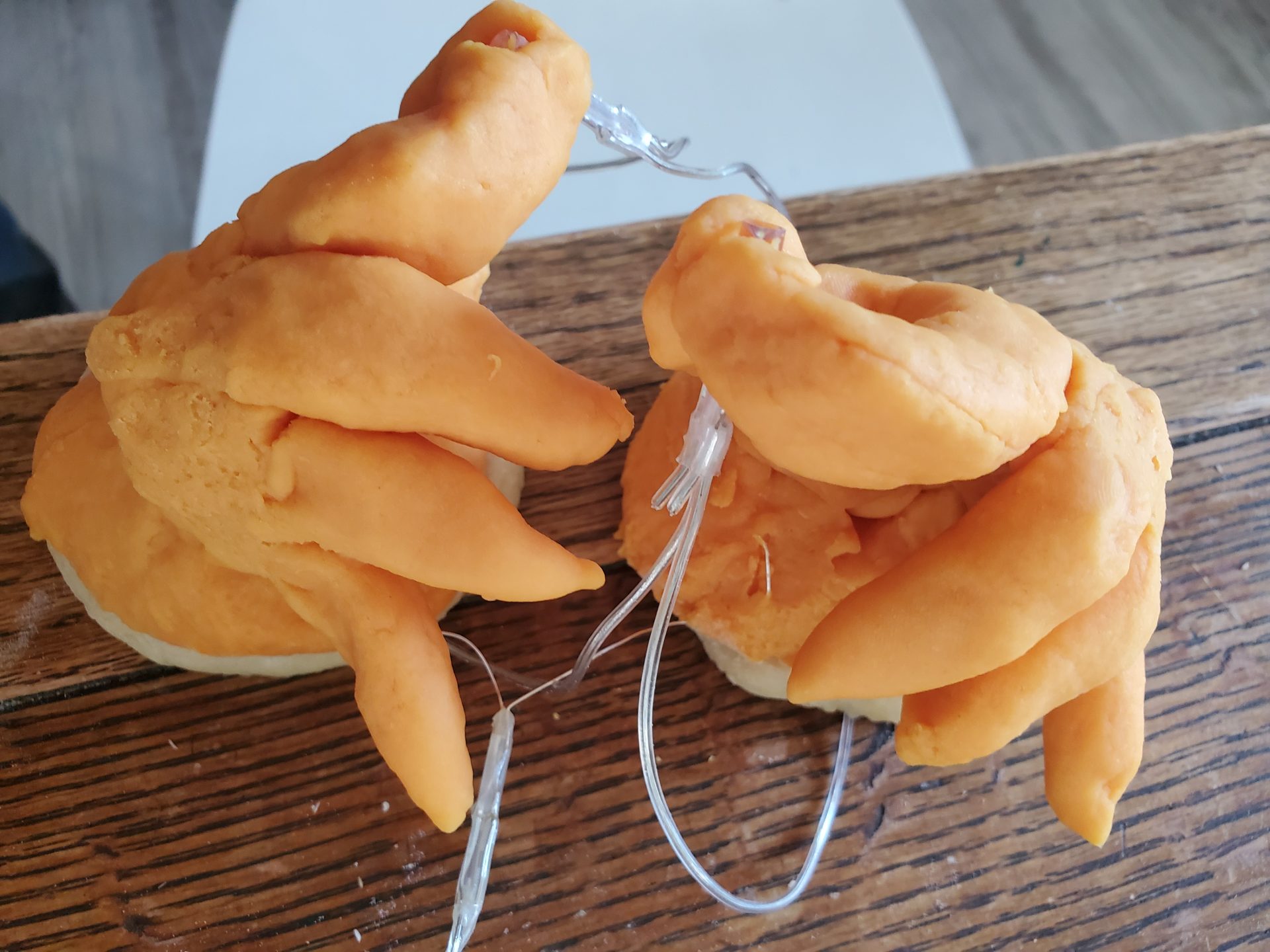 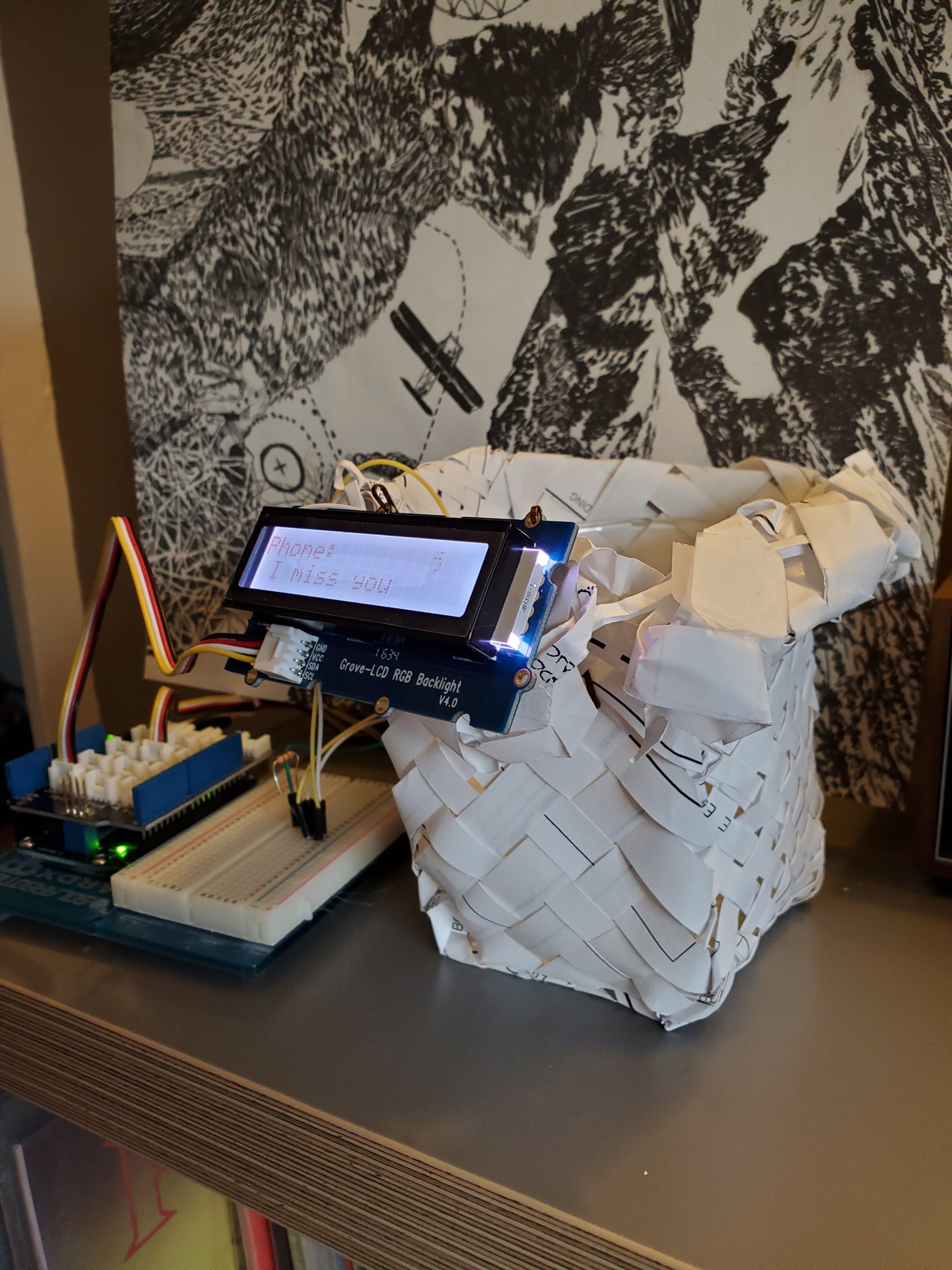 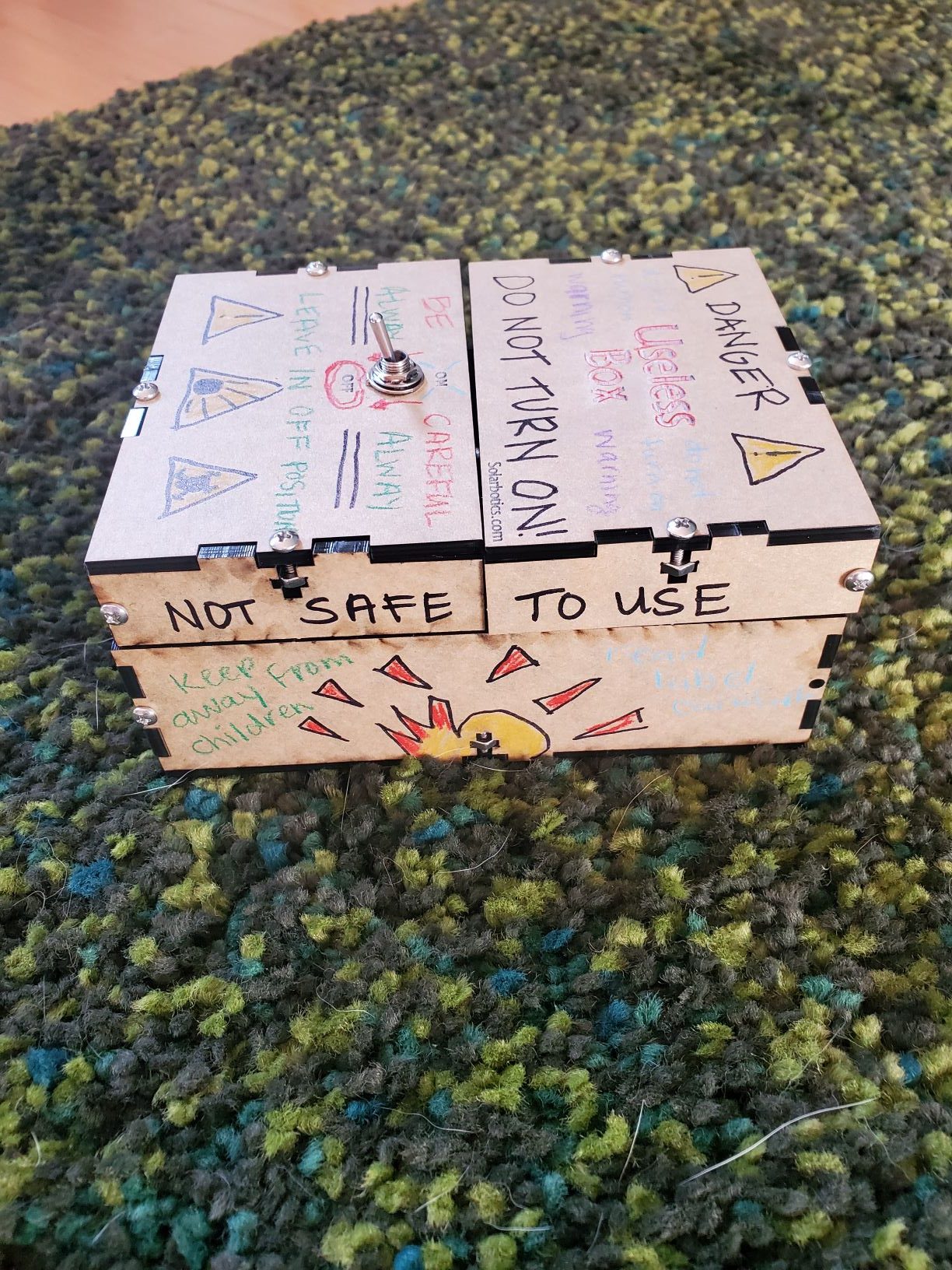 Exercises in Critical Making: The following projects are taken from Making Media Theory, by Marcel O’Gorman. They are exercises in Critical Making a DIY approach to Critical Design. These projects use the assemblage of small circuits, coding and other more historical practises of making to bring up issues around technology.  These projects are critically informed, active and often interactive objects meant to provoke thought. The tactile nature of the work involved in producing these projects engages the mind with the bodily experience of the materials and opens different channels for exploration through problem solving. This type of work involves a great amount of focused attention. To sustain attention cell phone notifications were silenced when making. The final product is not meant to stand alone to communicate the ideas uncovered through the building process, rather it is the process itself that is valuable. 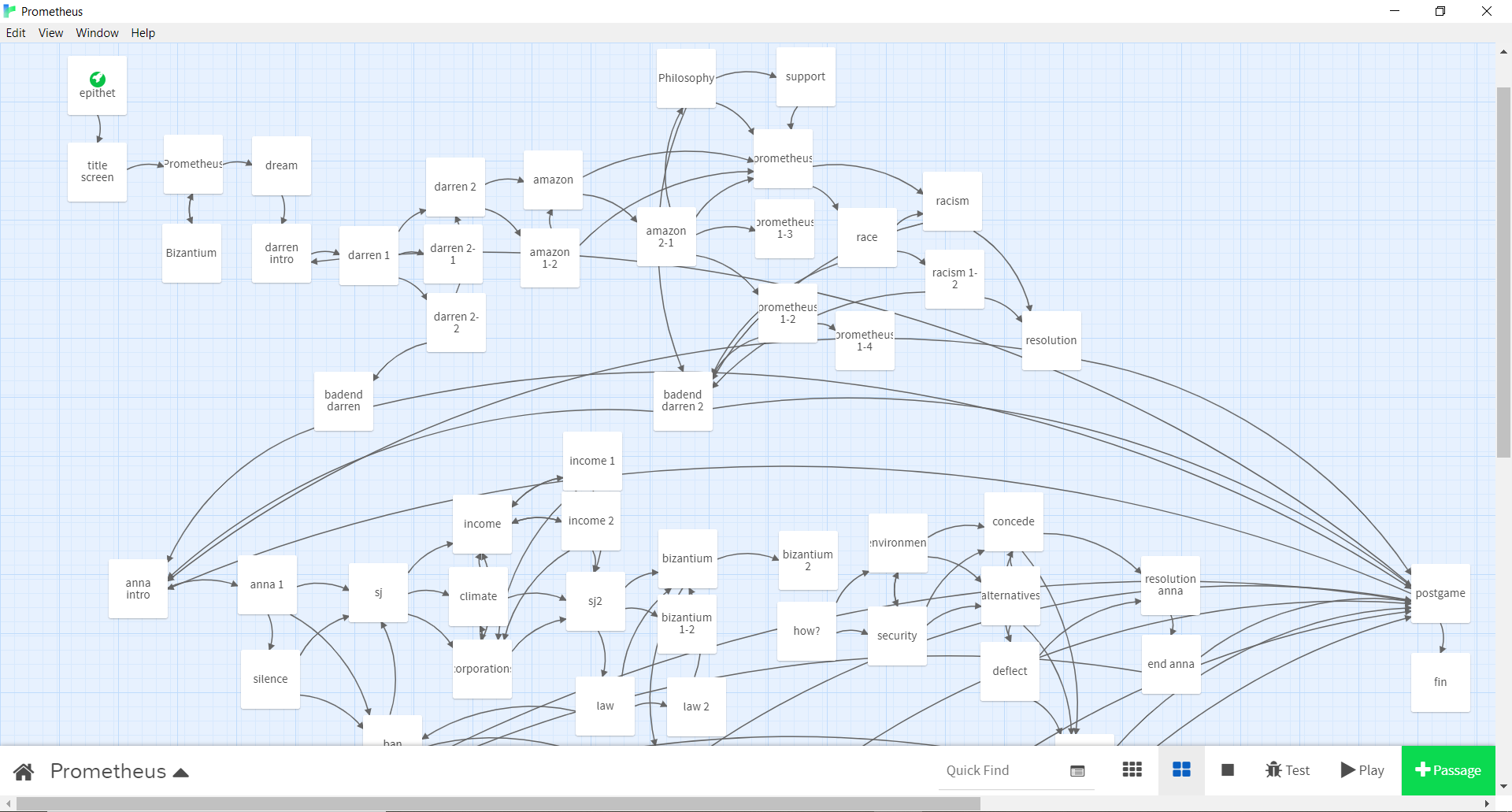 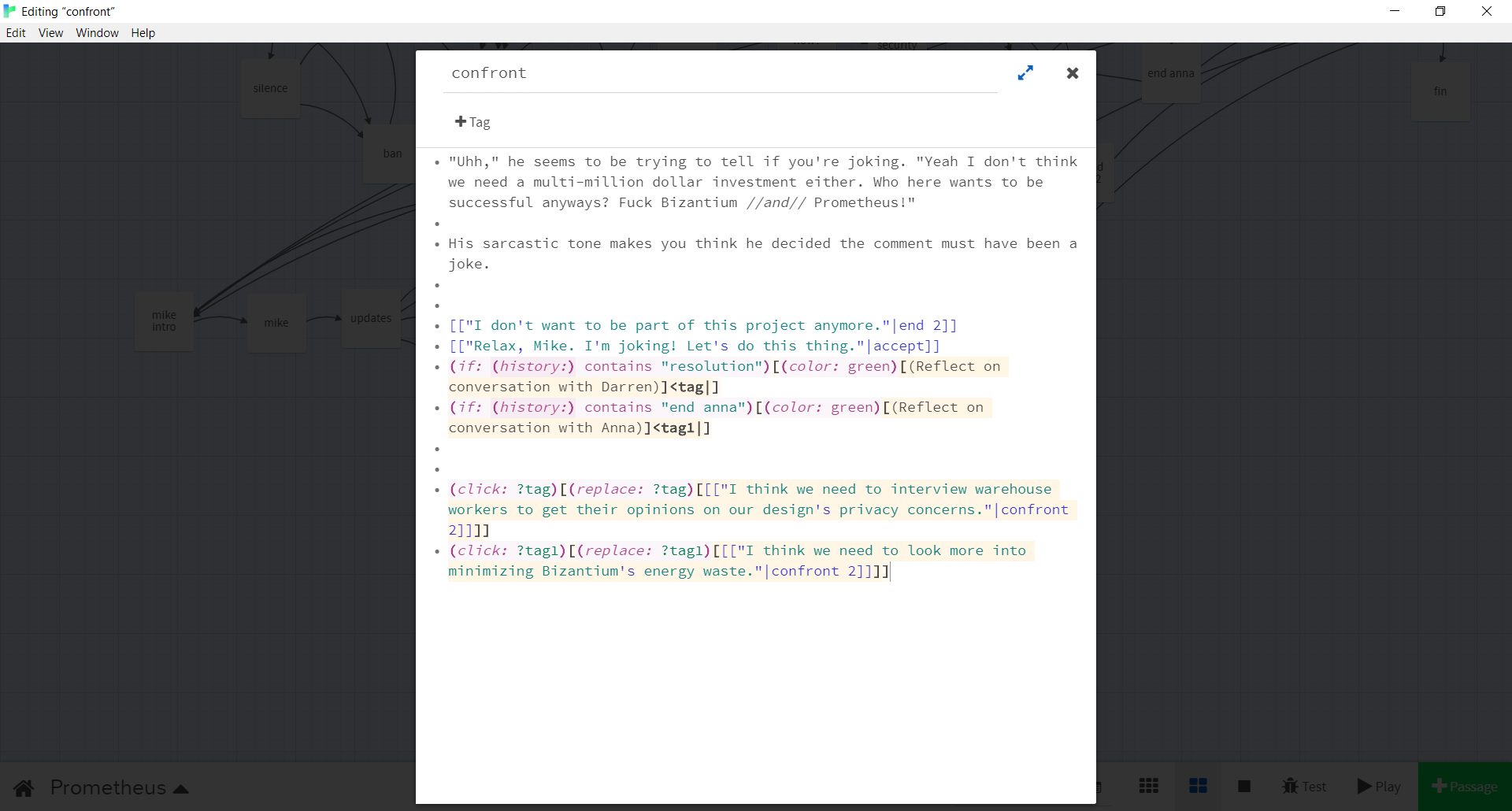 Prometheus is a “Discourse Reflection Game” designed to encourage engineers to reflect on the potential social and ethical consequences of tech designs. It’s a narratively-driven, text-based game with gameplay that requires players to make discursively engaged dialogue choices with three different characters from a diverse set of backgrounds. By immersing players in the role of a fictional engineer, the game is intended to function as a reflective tool that demands an engagement with design that is less concerned about commercial value and optimization and more focused on recognizing how tech designs shape human experience.

With Prometheus, I didn’t want to make a game that is overtly didactic. At the same time that it is supposed to prompt critical reflection, it is also supposed to be enjoyable to converse with the characters. The player can express themselves in a variety of ways which will have different impacts on the conversations, and each of these outcomes provides alternative perspectives on the discursive implications of tech design and the characters’ perspectives on the practice. 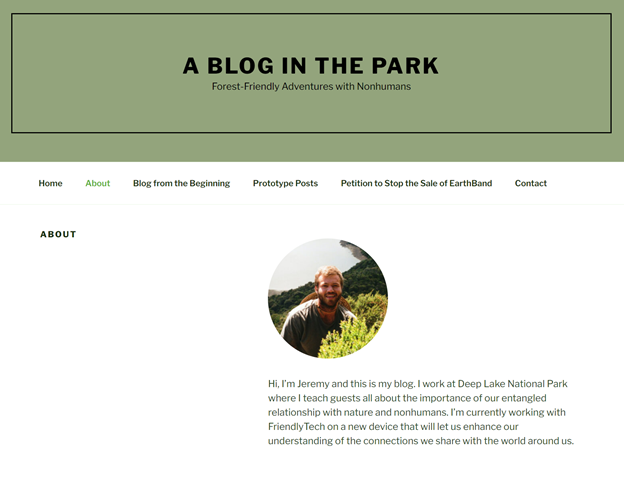 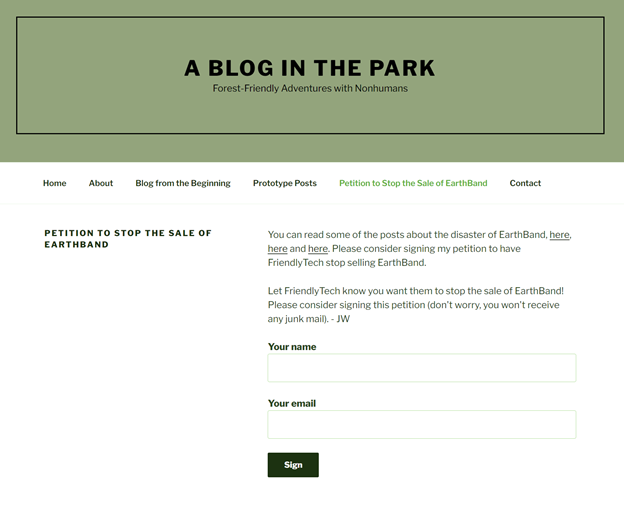 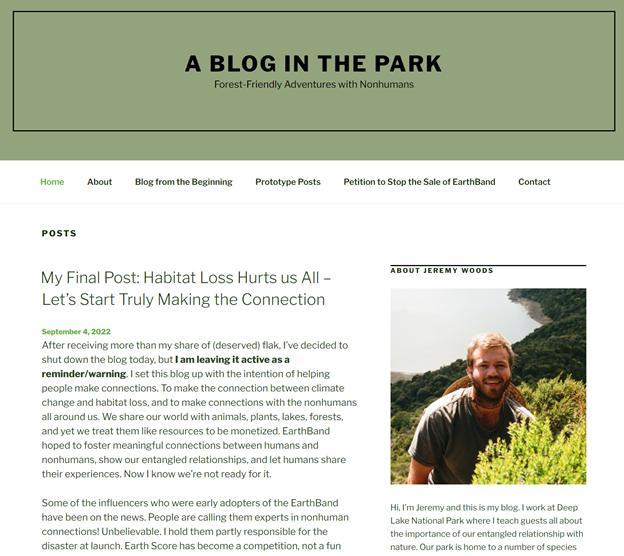 This was a “Black Mirror” style critical design project that attempted to highlight how disconnected we are to the world around us. In this fictional scenario, EarthBand is a wearable device developed in collaboration between a big tech company (FriendlyTech) and an environmentalist working at a national park. EarthBand’s main goal is to help users connect with ‘nonhumans’ by heightening our natural senses and dulling our phone notifications.

The wearable device has a number of components that let users experience their connections to nature differently. The hope is to help people become more aware of their entanglements with the world around them, and to cultivate a better sense of shared responsibility for the planet (especially in the face of climate change). This all seems well and good, but things don’t go according to plan. During the launch event, national parks and precious natural habitats are destroyed by the very people supposedly interested in EarthBand’s benefits.

This speculative scenario is presented through the environmentalist’s personal blog, including videos, protype sketches, and fictional news clippings: A Blog in the Park.